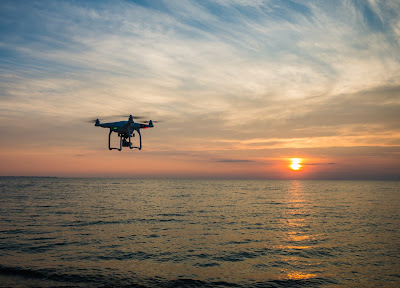 Drones are often seen in photography and filming, giving us a new way to express our creativity. They've been successfully used for search and rescue missions, even (especially) in locations precarious to do by person. But what about its other... perhaps more sinister uses?  Tranquil waters. Source: Aaron Burden on Unsplash The Good, Bad, and Ugly How are drones disrupting business, the military, and services like search and rescue? How are drones impacting the legal landscape? I've already briefly mentioned drones in a previous blog post , and today's the day we dive deeper into them.  Drones are brimming with potential when it comes to delivery. Businesses like Amazon have already successfully delivered packages in small-scale tests, but regulatory hurdles have stopped it from becoming mainstream (at least, not yet)! This isn't necessarily a bad thing though, as there's plenty of questions that need to be asked and ironed out beforehand. How do we prevent drones
Post a Comment
Read more

Autonomous vehicles are progressing faster than ever before, to the point where fully autonomous vehicles already exist on public roads today.  Where are we at?  Great question. According to Automotive World [1] , we've already begun introducing autonomous vehicles at a steady albeit extremely slow pace. In the United Kingdom, Automated Lane Keeping Systems (ALKS) are being added to certain roads.  While the Tesla is nowhere near fully autonomous (as of now, May 2021), it has become a symbol for semi-autonomous driving.  Source:  Vlad Tchompalov on Unsplash While some of the "big players/tech companies" like Tesla, Google, and Apple are typically the most prominent, many of the more typical car manufacturers are also heavily invested in this technology.  Take Toyota for example - who is planning on building a "City for Self-Driving Cars" [2] . Planned for construction at the base of Mount Fuji, streets are planned to be split three ways. This allows for autono
Post a Comment
Read more

AI and The Future 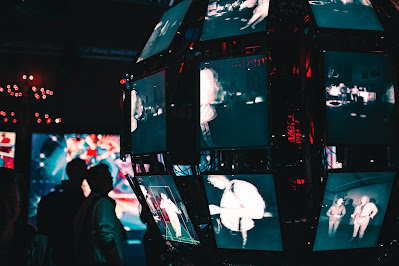 This blog post is based off of PBS Frontline's documentary, In the Age of AI . Photo by Maxim Hopman on Unsplash There's a lot of conflict regarding how the workplace will adapt to changes caused by AI.  AI will undoubtedly get rid of jobs - especially those that are simple and repetitive - but is that a good thing? There are two sides to this:  1. The good As technology advances, jobs are always lost and replaced with more advanced jobs. This increases efficiency, and as a result will reduce production costs.  AI allows us to do what humans themselves cannot do on their own. There's lots of possibilities for this.  2. The bad and ugly The number of jobs created does not necessarily have to equal the number of jobs lost. If automating a factoring turned 7,500 jobs into just 500 but created 1,000 new, highly skilled jobs (in, say, developing new robots), it is still a net loss.  AI invades human privacy. Checking the probably of a loan delinquency using thousands of data poi
Post a Comment
Read more

AI and Ethics: A Reflection 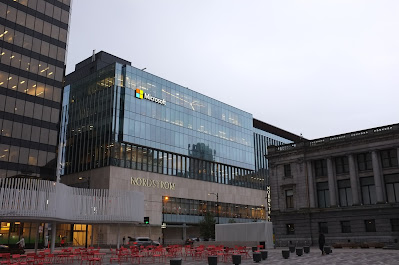 In the last week or so, we had two guest speakers come into class:  Yonah Welker , to talk about AI Ethics, and  Heather MacKinnon , to talk about AI within Microsoft.  Microsoft in Vancouver. Photo by  Matthew Manuel . Here's some of my thoughts and reflections on what I learned from those two sessions.  1. The legal side of ethics is hard .  According to Heather, anywhere from 1/3 to 2/3 of the time spent on each project is either in legal, clearing the ethical requirements of a project (and ensuring it didn't violate any of Microsoft's ethics framework) or in data masking. I learned that it is perfectly legal to take images and data off the internet for the purposes of training ML models - but it is very illegal to tie PII (Personally Identifiable Information) into that.  2. There is no field where AI can't be used.  While the technology industry is often where one will first think of when they think "AI", the truth is AI is used in pretty much every indust
Post a Comment
Read more 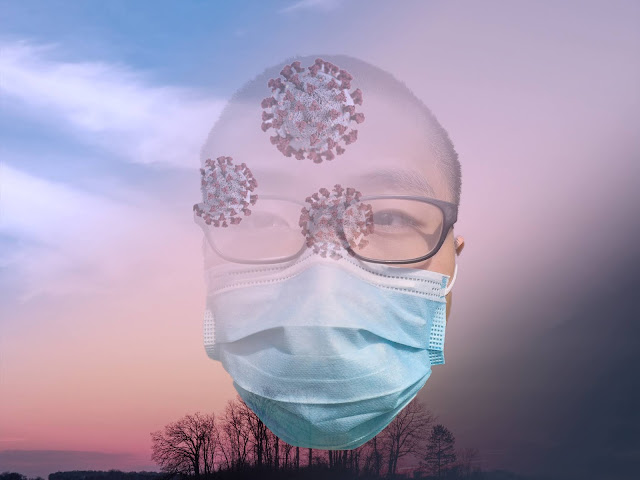 I made a photo composition today.  It's been over fifteen months since COVID-19 first started. The year's already 2021! The skies symbolize the passage of time, while the coronaviruses and mask symbolize how much of ourselves have been erased due to the COVID-19 outbreak. From dawn to dusk, day by day. Normalcy is gone - or is this perhaps the new normal? Will there be a lasting change in the work from home movement even after the outbreak ends? Will hybrid and online classes become more popular despite in-person delivery becoming possible once again? Only more time will answer those questions.  The rest of this composition is up to your own interpretation.
Post a Comment
Read more

What is the job of an artist?  Photo by Anna Kolosyuk on Unsplash Is it to create? To inspire? To entertain?  What even is an "artist"?  I believe that the job of an artist encompasses all of these. Art provides comfort; it also provides a vessel to express innovation. Artists play a large part in shaping the future.  Art is not limited to just a physical medium. New technologies - like augmented and virtual reality - also provide mediums for expressing art. Art can be expressed in sound - I'd argue that music can certainly be considered art.   Rama Allen [see footnote] of The Mill defines Augmented Artists as "technologically enabled dreamers". Artists require having "aggressive curiosity" to succeed. To me, that means having the willingness to innovate and try new things, similar to inventors and designers. In a way, they're also artists per this definition.  Art and artists have always been defined by the tools available to make the work.  Ra
Post a Comment
Read more 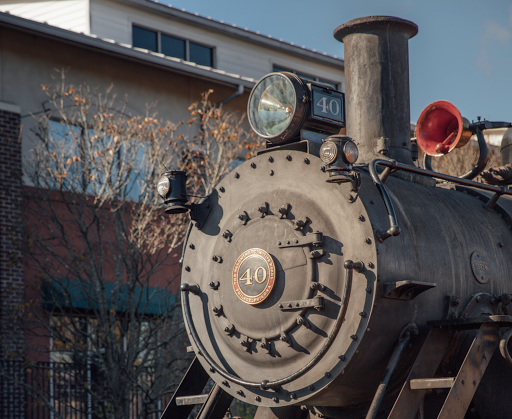 It's commonly said that we are now in a  fourth industrial revolution . What does that mean? How will it affect us? Before answering question, we'll take a look at the previous industrial revolutions.   How did technology in each industrial revolution disrupt society and culture? First Industrial Revolution Late 18th Century - Mechanization  Source:  Unsplash The first industrial revolution was when we as humans figured out how to use things like water for our own purposes. Steam power is one of the most significant results of this - with steam engines, we could make trains, significantly better ships, and large scale factories. This requires fuel to run of course, which is why coal was commonly used at the time. It was cheap, abundant, and its negative effects were largely ignored.  Second Industrial Revolution Late 19th Century - Mass Production The invention of the assembly line meant that instead of making bespoke, specialized products requiring extremely knowledgeable prof
Post a Comment
Read more
More posts