March 23, 2021
In Professor Clayton Christensen's book The Innovator's Dilemma, Christensen spends a lot of time talking about "sustaining technologies" versus "disruptive technologies". Both forms of innovation are good for society, but the two differ in one key way: whether said innovation "improves" (sustaining) or "revolutionizes" (disruptive).
We discussed this topic in our humanities class this week, comparing and contrasting the two. What are they, really?
Sustaining technologies improve upon an existing technology. Pfizer is commonly brought up as an example of this, as their main business model is developing new and improved drugs.
Disruptive technologies disrupt an industry. They introduce technology that has never been seen before, or use it in ways never thought of before, such that a successful "disruptive" innovation will force existing companies to either adapt or die off. Netflix is a good example of a disruptive innovation as their "streaming from home" model was unheard of at the time, and has likely contributed to the death of Blockbuster (who failed to adapt).

Photo: Unsplash
Amazon, then, would arguably fall under both categories. While it started as an online bookstore ("sustaining" in that it improves how consumers buy books), it can now be said to "disrupt" the online shopping industry. Thanks to Amazon, free and fast shipping has become reality. Kohls - the previous largest retailer (which had heaps of innovation before Amazon) - hasn't gone bankrupt per say, but is no longer the powerhouse that it once was before Amazon.
Disruptive Technology 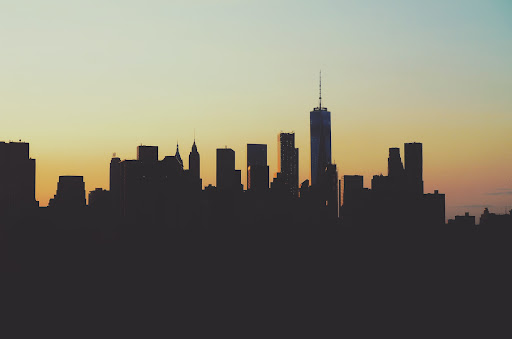 It's always interesting to think about what our cities will look like down the line. We took a look at various entrepreneurs' ideas in class the last couple of days, and I'm ready to share some of my own thoughts going forward.  Source:  Unsplash 5-10 Years Automation is accelerating at a rapid pace, and in the near future I think we can expect to see a lot more in terms of concepts such as the "smart home", AI-driven processes, and more.  In regards to some of these topics:  IoT is a rapidly evolving field, with things as mundane as light switches already automatable. While this also opens up plenty of security gaps (which will also become a more significant issue down the line), it allows for us to, say, turn the lights off without physically being at home.  AI is used on the consumer level to help predict things for people and suggest tasks before you even think of them yourself! While it sounds a bit creepy, we could very well just get accustomed to it and eve
Read more